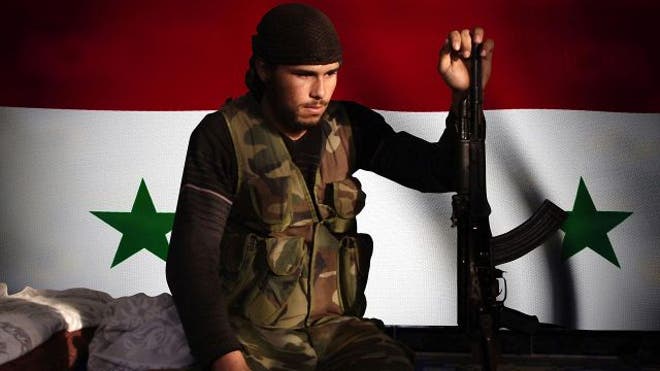 A state TV report said government forces met with troops that were defending the Kweiras air base in the northern province of Aleppo. Syrian troops, backed by pro-government gunmen, launched a large-scale offensive to reach the base last month under the cover of Russian airstrikes.

The TV report said dozens of ISIS fighters were killed in the battles on Tuesday. A soldier inside the base said hundreds of dead extremists were found around the compound.

ISIS has been besieging the base since 2013 when they defeated rival militant groups who had surrounded the base for a year. The Syrian government forces have managed to hold on despite repeated attacks using multiple suicide bombings, apparently knowing that their fate would be death if captured.

“We are inside the air base,” a Syrian soldier that took part in the offensive told state TV on Tuesday evening. “We have met our friends and the situation is good.”

Assad’s office issued a statement praising “the heroes who defended the base in a legendary way.” Information Minister Omra al-Zoubi took the occasion to call on all Syrians who are fighting the government “to drop their weapons and surrender to the state,” adding that they do not seek revenge.

Tuesday’s push is a major victory for the government against ISIS, which controls nearly half of Syria. Syrian troops tried in the past to reach the air base with no luck but Russian airstrikes appear to have helped in forcing ISIS from the area.

The capture of Kweiras air base will boost the Russian and Syrian government’s narrative that Moscow is concentrating its airstrikes against extremists.

Moscow says it is targeting mainly ISIS militants, but U.S. officials and Syrian rebels have said the strikes have hit mainstream rebels for the most part and are aimed at shoring up Assad’s embattled government and troops. Many of the rebel groups hit by the Russian strikes are also at war with the ISIS group.

Another officer speaking from the base told state TV “with the liberation of Kweiras, we will liberate other areas.”

The Britain-based Syrian Observatory for Human Rights said the government forces were backed by pro-government Syrian gunmen as well as members of Lebanon’s militant Hezbollah group.

The group, which has a network of activists around the country, said some 40 ISIS vehicles carrying fighters and ammunition were seen heading from the extremists’ stronghold in Raqqa province toward the neighboring province of Aleppo where the fighting with government forces is concentrated.

Last year, ISIS killed more than 160 Syrian government troops seized at a military base in the northern province of Raqqa. In a video released at the time, dozens of terrified young conscripts were made to run while stripped down to their underwear before being killed.

Earlier Tuesday, militants shelled the coastal Syrian city of Latakia, killing at least 16 and wounding 53, state media reported, in one of the deadliest attacks on the government stronghold in recent months.

State news agency SANA said the shells were fired by militants affiliated with Al Qaeda’s branch in Syria, known as the Nusra Front, and the ultraconservative Ahrar al-Sham group.

Syrian state TV said two shells hit an area near Tishrin University on Tuesday afternoon. TV footage showed at least one car on fire and several others, including a minibus, hit with shrapnel. Blood could be seen on the road.

Latakia has been spared the worst of Syria’s civil war but has recently been shelled on several occasions.

The latest shelling came during an offensive by government forces in the mountains near the city under the cover of Russian airstrikes. Russian warplanes have been taking off from a military air base south of Latakia since Sept. 30, carrying out strikes around Syria.