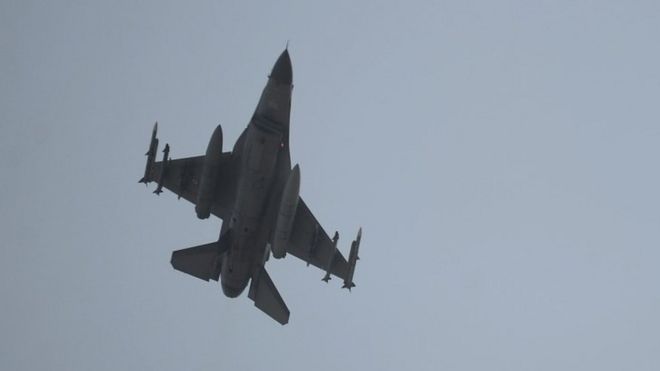 Turkey says its warplanes have shot down an unidentified aircraft which intruded into its airspace near the border with Syria.

Media reports quote officials as saying the aircraft was a type of drone.

The Syrian government is known to be operating drones, as are Russia and the US-led coalition against Islamic State.

A US official said they believed the drone was of Russian origin, but Russia says that all their drones have been accounted for.

The military said the unknown aircraft detected near the border had been warned three times before it was shot down “in accordance with rules of engagement”.

The Russian military later said all its aircraft in the region were operational.

Earlier this month Turkey accused Russian jets – which have recently joined the air battle against Syrian rebel group – of violating its airspace.

The intrusions also drew condemnation from Nato. Russia said the incursions were brief and accidental.

BBC Defence correspondent Jonathan Marcus says the latest incident which seems to involve a military drone similar to those of Russian origin, underlines the potential risks inherent in two air campaigns operating in the same air space without sufficient coordination.

The US and Russia appear to be making some progress in establishing some basic rules, while Israel and Russia have instituted a hotline to deal with any incidents.