Victor Ponta steps down following protests which saw 20,000 on the streets of Bucharest 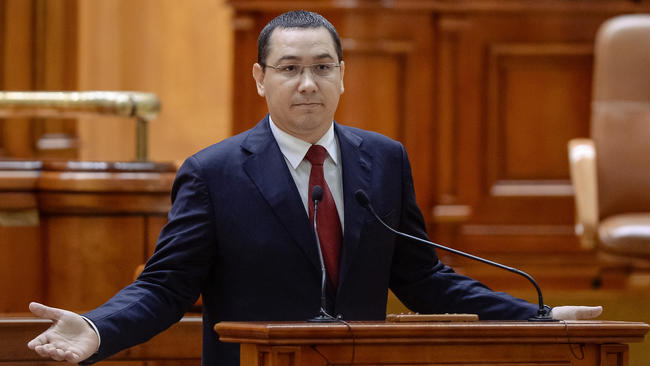 Mr Ponta, the country‘s only sitting premier to stand trial for corruption, had been under pressure to resign from president Klaus Iohannis, who defeated him in last November‘s presidential election.

Mr Ponta‘s departure may lead to a political realignment in Romania, where a coalition of three parties form a majority in parliament.

Mr Iohannis, the former opposition leader, has said his aim was to bring his former Liberals to power.

“Victor Ponta is giving up his mandate. Someone needs to assume responsibility for what has happened. This a serious matter and we promise a quick resolution of the situation,” Mr Dragnea told reporters in parliament.

“You probably noticed thousands of people last evening and what they demanded,“ the head of the ruling leftist Social Democrat Party Liviu Dragnea said.

Mr Ponta had repeatedly ignored calls to resign and vowed to serve out his term until the end of 2016, when the country is currently scheduled to hold its next parliamentary elections

Sweden renews its military support to Arbil, plans to increase its trainers in Kurdistan