JERUSALEM – A Palestinian stabbed and wounded a 70-year-old man in northern Israel before being shot by officers, police said Monday just hours after another Palestinian knifed several people, including an 80-year-old woman, in a stabbing spree near Tel Aviv, the latest attacks in more than a month of violence. 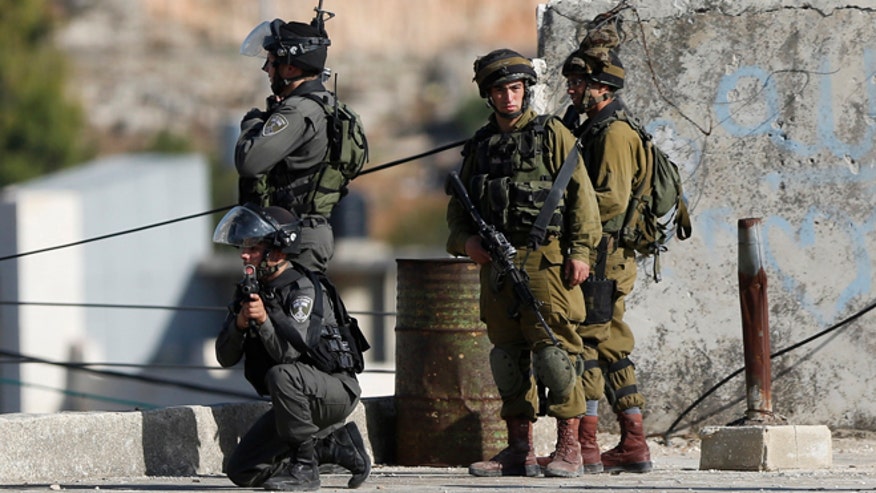 The attacks came after Israeli troops shot dead a Palestinian who they say tried to stab a soldier in the West Bank.

A Palestinian stabbed and wounded a 70-year-old man, seriously wounding him as he walked down the street in the northern city of Netanya, police said Monday evening before he was shot and wounded by police.

Earlier, Israeli police said a Palestinian stabbed an 80-year-old woman in the back on a street in Rishon Lezion near Tel Aviv Monday afternoon and then stabbed a man in the chest before continuing to run down the street and carrying out another attack. Police Spokeswoman Luba Samri said that after stabbing the first two people, the Palestinian, a 19-year-old from the West Bank city of Hebron, tried to enter a clothing shop but a woman in the store slammed a door on him. The Palestinian then went into a cosmetics store and stabbed another man. Bystanders managed to tackle and apprehend the attacker. Police then arrived on motorcycles and detained him.

Yitzhak Scharf of Assaf HaRofeh Medical Center said that 80-year-old woman was stabbed in the back and waist and sustained damage to blood vessels and fractured her hip. A 40-year-old man was stabbed multiple times in the chest. Another person was lightly wounded he said.

The military said the earlier incident in the West Bank was the third attempted stabbing near the checkpoint between the West Bank and Israel in recent weeks. After soldiers approached two Palestinians at a gas station, one attempted to stab a soldier with a knife before the soldiers shot him, the army said.

Forces treated the wounded Palestinian at the scene, the army said, but he died of his wounds. Palestinian officials said he was 16 years old. The other Palestinian was arrested. The official Palestinian news agency Wafa said he was wounded in the incident.

Video later emerged of a Palestinian smashing a female tour guide over the head with a bottle and then running away outside Jerusalem’s Old City. Police said they later apprehended the Palestinian.

A series of Palestinian attacks linked to tensions over a sensitive Jerusalem holy site began in mid-September. In addition to the near-daily attacks, violent demonstrations have erupted in Israel, the West Bank and Gaza, with Palestinian stone-throwers clashing with Israeli troops.

Eleven Israelis have been killed in Palestinian attacks, mostly stabbings. Sixty-nine Palestinians have died by Israeli fire, including 44 who Israel says were involved in attacks or attempted attacks.

In the West Bank city of Ramallah on Monday, Palestinian security forces held a military salute at a funeral ceremony for two Palestinians killed by Israeli fire. One had tried to grab a soldier’s rifle in Jerusalem, and the other had tried to stab a soldier at a West Bank checkpoint, according to the Israeli military.

The Palestinian Authority has been holding official funeral parades in recent weeks in order to prevent militant groups like Hamas from using such ceremonies to whip up popular support, a senior Palestinian security official said on condition of anonymity because he was not authorized to speak publicly about the practice.