The index, produced by the Australia-based activist group Walk Free Foundation, is based on international surveys of 25 countries. Mauritania, the West African country which previously led the list, was replaced by North Korea. The index says 4.3 percent of the North Korean population lives in slavery.

The foundation defines slavery as “situations of exploitation that a person cannot refuse or leave because of threats, violence, coercion, abuse of power or deception.” 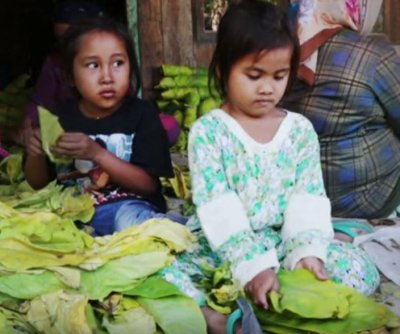 A 2012 United Nations report on Mauritania estimated 10 to 20 percent of the population lived in slavery. The typical examples given were forced labor or forced marriage.

The Walk Free survey, released Monday, lowered that estimate to 1.13 percent. The country established anti-slavery courts in 2015, although the practice of slave ownership was outlawed in 2007.

The United States is at the bottom of the 167-nation ranking, tied with 15 other countries. The index says 57,700 people live in modern slavery in the United States, largely, it said, in sex trafficking and itinerant labor trafficking.

Lifestyle may be key to improving ADHD in kids

Taliban kills 17 after abducting about 200 at fake Afghan checkpoint