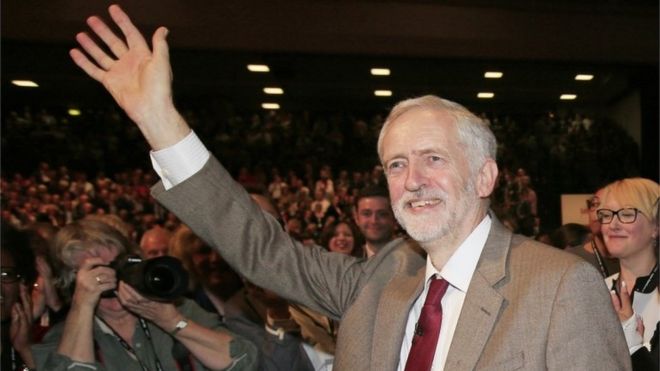 Labour leader Jeremy Corbyn is to become the vice-president of the Campaign for Nuclear Disarmament (CND).

It comes despite the party’s policy to support renewing the Trident nuclear weapons system remaining unchanged at the recent Labour conference.

Mr Corbyn was also criticised by many of his MPs for saying he would never use nuclear weapons if he became PM.

However, CND said Mr Corbyn was stepping down as its vice-chairman because of his “increased workload”.

Mr Corbyn joined the organisation as a teenager in 1966 and has long campaigned against the replacement of Trident.

But many Labour MPs, including the party’s new shadow defence secretary Maria Eagle, have openly disagreed with Mr Corbyn’s views on nuclear weapons.

BBC political correspondent Carole Walker said his new role at CND was likely to increase tensions within his party over the issue.

“Privately some are deeply concerned at the uncertainty over Labour’s position on such a key issue,” she added.

A guide to Trident and the debate about its replacement

Is there such a thing as a nuclear button?

How important is Trident to the UK’s security and international standing?

CND’s general secretary Kate Hudson said Mr Corbyn’s new role was a “fitting tribute to a very principled man with a lifelong commitment to CND and the cause of nuclear disarmament”.

“Working together, with enormous support from across society, we will prevail against trident and secure a crucial step towards global disarmament,” she added.

Russell Whiting, from CND, said Mr Corbyn “stood on a clear anti-trident platform” when he was elected as Labour leader “with a massive mandate”.

“He’s challenging the consensus that has developed at Westminster around Trident,” he said.

Mr Corbyn had been due to address a CND conference in London this weekend, but is now said to have other engagements.

Meanwhile, one Labour MP has raised concerns about a group that campaigned to get Mr Corbyn elected as party leader and and has now rebranded itself as Momentum.

The group promises to “organise in every town, city and village to create a mass movement”, but Mike Gapes, the Labour MP for Ilford South, has told the BBC he fears some members of the campaign have an agenda.

He said: “I hope they are just going to be a discussion organisation like Progress or the Fabian Society, but I fear some of the people behind it have another agenda which is about deselecting MPs.”

However, a spokeswoman for Momentum said such fears were a misunderstanding, and she said it was “a positive, outward looking” organisation.