ISIS releases video claiming brutal murder of anti-ISIS activist and his friend, in first beheading conducted by the group in Turkey. 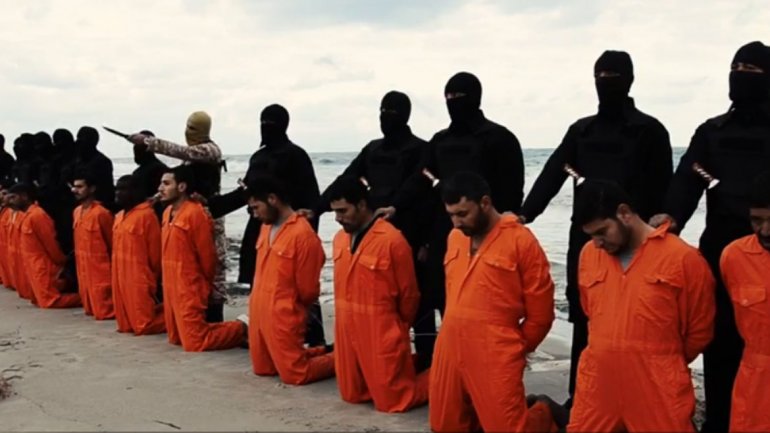 The Islamic State (ISIS) jihadist group on Sunday posted a video claiming responsibility for the beheadings of a Syrian anti-ISIS activist and his friend in southern Turkey last week.

The video posted online said ISIS “slaughtered” Ibrahim Abdul Qader, 20, and fellow media activist Fares Hamadi in Sanliurfa on Friday “after they conspired with the Crusaders against the Islamic State.”

Abdul Qader had been working with the Raqa is Being Slaughtered Silently (RBSS) activist group, which sheds light on ISIS atrocities in areas under jihadist control in Syria.

“May every apostate know that he will be slaughtered silently,” the video said, in an apparent reference to the group’s title.

The video then displayed a series of news reports about the RBSS group and its anti-ISIS activities.

It closed with amateur video footage of a man who appeared to be Hamadi, his throat slit. Abdul Qader’s body was not shown.

Abdul Qader and Hamadi’s bodies had been found at the latter’s home in Sanliurfa on Friday morning by another friend, according to RBSS member Abu Mohammad.

The group’s activists have been killed by ISIS inside Syria in the past, but this is the first time a member had been murdered outside the war-torn country, Abu Mohammad said.

Turkey has long been accused by Syrian opposition activists, Kurdish fighters and sometimes even Western partners of allowing ISIS members to slip back and forth across its 911-kilometer (566-mile) frontier with Syria.

It was also revealed in documents seized in July that Ankara cooperated with ISIS by taking part in ISIS’s cross-border black market oil sales.

Bloody bomb attacks in southern Turkey, including one in July that claimed 32 lives in Suruc, have been blamed on ISIS. The group has never claimed responsibility for the blasts.

AFP contributed to this report.